we need to talk about barre 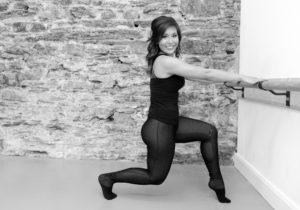 rd that it is literally the best workout you can do; that it’s hard AF but the results are phenomenal; that all your need is a pair of sticky socks and some grit and you are all set to rock the barre. But what even is barre? Is it a ballet class? Is it a kind of Pilates workout? Here, we break down the barre, give you the low down on why you should be getting your shake on on the regular.

Barre is NOT a Pilates class and it’s NOT a ballet class. You will see some studios advertising their ‘Barre Pilates’ classes like it was a type of Pilates but let’s set the record straight – Joseph Pilates worked out on a mat and he invented some of the most amazing apparatus like the Reformer, the Cadillac, the Chair, the Barrel and plenty of others but he never worked with a barre and studios offering ‘barre Pilates’ don’t understand the Pilates method nor the Barre method and probably won’t get you the results you want from either workout. The Barre method is a workout of its own, often drawing inspiration from other modalities but remains a stand alone workout nonetheless. That’s not to say that Barre and Pilates don’t compliment each other, in fact, we think it is one of the best combinations there is, which is why some studios (like Flex in the City!) offer both.

Ok so we know what it’s not, but then what is Barre? 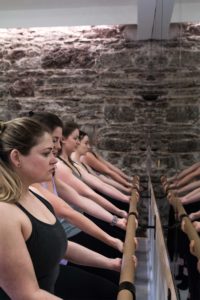 First of all, it’s far from new! The method comes from Lotte Berk, a dancer in Berlin in the 1930s who fled to England from the Nazis. After suffering a back injury, she had the idea of combining ballet conditioning exercises with rehab therapy exercises and thus Barre was born. She opened her studio on Manchester Street in London and soon had a cult following. In London in the 60s, Vidal Sassoon did hair, Mary Quant did clothes and Lotte Berk did bodies. The workout spread to the US in the 1970s and soon, Barre studios started to open across the country, growing in popularity for its ability tone tone, sculpt, lift and reshape bodies, and women’s bodies in particular.

Barre classes are structured in a very specific way to ensure that each of the important muscle groups are worked in a balanced way. If you have done our classes at Flex, you’ll be familiar with how we structure our workouts (and if you haven’t where have you been?). There should be lots of reps of tiny movements and it. should. burn! A good Barre teacher shoulder offer modifications and give you hands-on guidance to make sure you are in the best position to get into that ‘burn zone’ – and stay there! And your barre class should be a full body workout, not just for your legs! You should work your arms, shoulders, upper back and abs and get equal work on the back and front of your thighs. And the more you put in, the more you get out! The key is to make sure you are not just going through the motions at the barre and really commit to the shake and burn!

If you have any questions about Barre classes or not sure if it is for you, just get in touch and we can point you in the right direction!